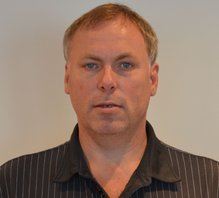 Terje Varpe was born in Tønsberg, Norway in 1962.  He has all his life lived in Nøtterøy, an island outside of Tønsberg.  Here he has run his company Nøtterøy Naturmedisinske Center since 1982.  Here he runs his practice in zone therapy.

He was badly hurt in a handball match in 1975.   After this, he had serious problems with almost all kind of exercises. He was told that he would spend the rest of his life in a wheelchair.  Then his father got in contact with Charles Ersdal.  After a few treatments, the problems with the back was gone.  Then the interest of zone therapy was aroused.  He started his education in Charles Ersdals`first class in zone therapy in 1977.  This class was taken at European College of Natural Medicine.

After that, he took classes in, among others, homoeopathy, Sanum therapy, ear acupuncture, chiropractic and ended up with an exam as a Heilpraktiker at Naturheilschule in 1984.

In 2019, he has administrated more than 100 000 treatments on several thousands of patients.  He has, in the beginning together with Charles Ersdal, educated many new therapists in zone therapy.